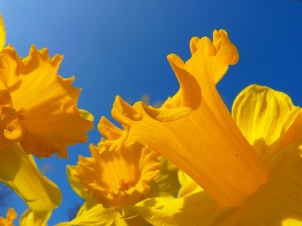 I am always disconcerted when I hear someone discussing or read a statement suggesting that people in poverty who are receiving government assistance are undeserving of their benefits or are choosing to live the easy life on welfare instead of working for a living.  Encountering these various statements one too many times is actually why I decided to start this journey to help the food insecure and advocate for the poor.  During the past couple of weeks I have been confronted more frequently than normal with this sentiment, so I feel it is important to respond to the notion that living comfortably on welfare is a lifestyle choice or even possible.  What many refer to as welfare, cash assistance from the government, dramatically changed in 1996 with the enactment of the Personal Responsibility and Work Opportunity Reconciliation Act (PRWORA).  Not only has welfare been reformed, but in recent years cuts in funding to other programs that make up the social safety net have resulted in reductions in either benefit amounts or the number of eligible people receiving benefits.  The changes brought about through reform, coupled with funding cuts in safety net programs, have greatly changed the landscape of what is collectively called welfare.

As mentioned above PRWORA, signed into law on August 22, 1996, is the piece of legislation that ended welfare as we knew it.  PRWORA replaced Aid to Families with Dependent Children (AFDC), which had been in place since 1935, with Temporary Aide to Needy Families (TANF).  In addition to this change, PRWORA also imposed stricter conditions for

the Supplemental Nutrition Assistance Program (SNAP), reduced aid to immigrants and introduced work requirements for aid recipients.  Temporary Aid to Needy Families is what most people think of when they say welfare, cash assistance given to indigent families.  With the passing of PRWORA, a lifetime limit of 60 months was imposed on families receiving federal aid money.  States were given wide discretion in how to distribute these funds, and consequently, a few states have even shorter lifetime limits on receiving federal aid.  One state has a lifetime cap of only 24 months.  Additionally,  PRWORA  requires recipients to get a job within 24 months of receiving assistance.  In order to continue receiving benefits, single parents are required to participate in a work activity at least 20 hours per week and for 2 parent households the requirement is 35-55 hours per week.  Failure to comply with any work requirement can result in reduction or termination of benefits.  With that said, no federal limit exists on how long TANF recipients can receive state funded assistance.  Furthermore, states are allowed to issue a limited number of exemptions, extensions or both.

Another program Americans think of when referring to welfare is the Supplemental Nutrition Access Program (SNAP), formerly referred to as Food Stamps.  This program is

the largest of the 15 nutrition programs administered by the federal government.  It is a mandatory or entitlement program which means the federal government is required to fund benefits for all eligible recipients.  Additionally, this program does not have a lifetime limit on receiving benefits for most recipients.  The only exception being able bodied adults without children (ABAWDs), who are permitted only 3 months of SNAP benefits in any 36 month period when they are not employed or participating in a work training program for at least 20 hours per week.  Just because only a few face lifetime limits for this program does not mean its benefits have not been limited.  SNAP has experienced several cuts in funding in recent years resulting in an average household benefit reduction of 5 percent.  Under current regulations, for many households living in poverty SNAP is the only governmental assistance program for which they qualify, or as explained below, are able to receive, even though they are eligible for other programs.

The remaining programs people think of when referring to welfare are housing and child care subsidies.  Housing subsidies from the federal government include, but are not limited to, public housing and Housing Choice vouchers, called Section 8 housing.  All of these

housing assistance programs have experienced funding reductions, resulting in long waiting lists with some people reporting being on a waiting list for 10 years before receiving any assistance.  Furthermore, it is estimated that only 1/4 of eligible recipients ever receive any subsidy.  Like housing subsidies, child care subsidy programs have experienced funding cuts resulting in lengthy waiting lists and a reduction in benefits.  Additionally, when a subsidy for child care is awards it is often a pittance, unable to begin to cover the actual cost of childcare.

I have discovered in discussing poverty with others, as well as just listening to and reading what people say about the poor, that many people either do not know about welfare reform and funding cuts in safety net programs, forgot they happened or have little idea the extent of the changes these actions have caused.   I don’t know that the ability to live much more than a hand to mouth existence on welfare ever existed, but regardless of whether it did at one time, it does not exist now.  America’s social safety net has been shredded or at least has big gaping holes in it.  Since the passage of PRWORA, getting welfare has gotten more 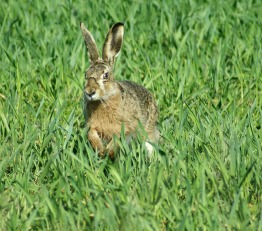 difficult.  Less assistance is available due to budget cuts and more restrictions on getting assistance have been put into place, including lifetime limits for some types of assistance or recipient groups.  The reduction in welfare caseloads has been touted as proof of successful reform.  In spite of the dramatic reduction in welfare caseloads, however, welfare reform has done little to reduce poverty and may be responsible for the increase in the number of people in the United States experiencing extreme poverty.  Americans receiving welfare, in any of its forms, are not living on easy street, and if you asked them, they would almost certainly rather receive a paycheck from a stable, good paying job over receiving welfare.

This week’s blog pictures brought to you by Spring!