A couple of blog posts back I mentioned a Ted Talk by Mia Birdsong, entitled The Story We Tell About Poverty Isn’t True.  Her talk and its powerful message has stuck with me.  I keep turning it over in my head, particularly the section where she discusses the flawed beliefs we hold about those who are poor.  She states that some people tell the untrue story “that poor folks are lazy freeloaders who would cheat and lie to get out of an honest day’s work.”  This lie has been propagated for so long that large numbers of the population accept its validity, and because of the belief in this falsehood politicians have enacted legislation in the spirit of reducing the perceived rampant abuse of public assistance by lazy individuals who would rather take from hard working people than put in an honest day’s work.

One such piece of legislation enacted to put and end to welfare fraud and put so called “welfare queens” back to work, is the Personal Responsibility and Work Opportunity Reconciliation Act of 1996, passed by a Republican Congress and sign into law by then President Clinton.  One of the harshest components of this welfare reform law, strongly criticized by President Clinton in spite of signing the legislation, is the provision which limits the length of time unemployed childless adults, defined as adults aged 18-49 who have not been deemed physically or mentally unable to work or pregnant and do not reside in a household with a child, can receive SNAP benefits.  This regulation limits childless adults, also called able-bodied adults without children (ABAWDs), to only three months of SNAP benefits during any 36 month period when they are not employed or participating in a

work or training program for at least 20 hours per week.  Unfortunately, the legislation does not mandate that states have to provide work or job training programs for these childless adults and many states either do not provide this training or only provide a limited number of spots.  This means if they are unable to find a job after three months they can lose their SNAP benefits, no matter how hard they have been looking for a job or how much they may want to work.  During the Great Recession (2007-09) and the following recovery period, most states suspended the time limit as a result of soaring unemployment.   Most of those waivers have expired and in 2016 the time limit will once again be in effect in more that 40 states.  Consequently, according to the Center on Budget and Policy Priorities, a projected 500,000 to 1 million childless adults will lose their SNAP benefits as states reinstate this three-month limit on benefits for unemployed childless adults.

A report from the Center on Budget and Policy Priorities, entitled Who Are the Low-Income Childless Adults Facing the Loss of SNAP in 2016?, gives a detail description of the demographics of the ABAWDs.  According to the report, there is no single profile for this group of SNAP recipients.  The groups is roughly evenly divided between men and women, 55% and 45% respectively.  Almost half of them are young, below the age 29, but one third of them are over the age of 40.  More than half (57%) have a high school diploma or GED, but some (15%) have some college or a college degree.  These childless adults come from all ethnic groups and can be found living in urban, suburban and rural settings.  This group, although varied, does share some similarities.  Most ADAWDs who can work do so, with at least 25% working while receiving SNAP benefits and 75% working in the year before or the year after receiving SNAP benefits.  Another similarity is that they are extremely poor.  The average income for those who are at the most risk of losing their SNAP benefits because they work less than 20 hours per week is 17% of the poverty rate, or approximately $2,000/year.

While childless adults may be demographically diverse, they almost all face barriers to self-sufficiency and financial independence.  Many ABAWDs have unstable living situations. 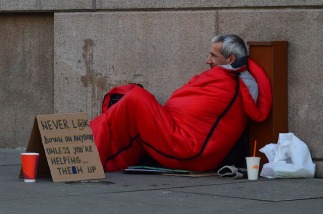 Some are homeless or living temporarily with friends or family and move around frequently.  One third of them have mental or physical limitations, like PTSD, learning disabilities or physical injuries, which are not severe enough to qualify them for disability benefits, but may still limit their ability to work more than 20 hours per week.  Among those facing this particular barrier are veterans.  Although labeled as childless, that distinction just means they are not the legal custodians of any children they may have.  Nearly 25% of these childless adults are non-custodial parents and another 13% are caregivers for a parent, relative or friend.  Almost half of childless adults do not have access to reliable transportation or public transportation and 60% lack a valid driver’s license.  Finally, more than one third have felony convictions, and even though they have served their time, background checks are difficult to pass.  The current job market in the United States is on the rebound, but when you have one of the above mentioned barriers in your way finding a job becomes that much harder.  Some childless adults, however, probably face more than one barrier.

What does it say about Americans when, in spite of what the demographics otherwise prove, we still believe that people in poverty are lazy, freeloaders, and because of that belief we are willing 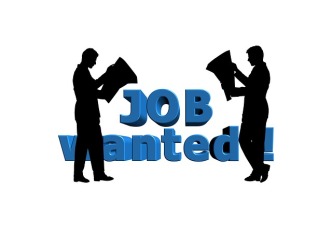 to deny them food assistance, averaging $150-$170 per person, per month?  These childless adults, by and large, do not qualify for any other assistance programs from the government.  As research from the early 2000s, when this restriction was last enforced shows, many ABAWDs eventually found employment, but at very low wages.  They continued to have housing problems, trouble paying their utility bills and struggle to acquire adequate food.  In other words many remained extremely poor.  Our social safety net has gaping holes in it through which these individuals are falling.  In the end, while these measures lessen the number of people receiving public assistance, they only exacerbate the problem of poverty, because the true story is that most people in poverty are there because they are facing actual hardships and they need real assistance of some sort to lift themselves out of poverty.

3 thoughts on “Falling Through the Net”