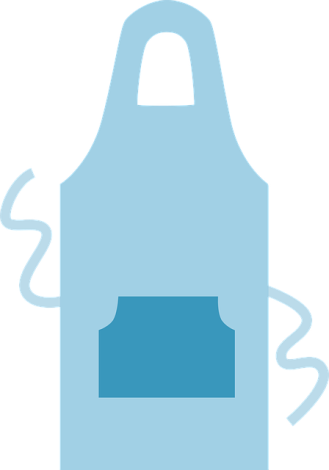 As I promised in my last post, I want to take a closer look at the proposed restructuring of the delivery of SNAP benefits from the President’s proposed budget, released last month.  The budget proposes to hold back half of a SNAP recipient’s direct benefit amount, replacing it with a box of pre-selected non-perishable food items, equal in value to the amount of the held back benefits.  These boxes, named America’s Harvest Box, have been compared by Mick Mulvaney, Director of the Office of Management and Budget, to Blue Apron*.  For those unfamiliar with Blue Apron, the online company allows customers to choose meals from a weekly menu.  The ingredients and recipes for the selected meal(s) are then shipped directly to the customers’ doorsteps.  I’m not sure the exact reason for the comparison.  Maybe the Administration was trying to describe the food box concept in a way they thought the general population might understand.  Or maybe they were trying to sell the idea by equating it with something hip and trendy.  Surely the poor will love it!  Whatever their reasoning, this proposal has been resoundingly panned by economists, policy wonks, hunger advocates, and almost every organization tasked with assisting those who are food insecure.

Before I discuss the proposed changes and why they are not a good idea, I want to explain how SNAP currently works and discuss some of the positives about the current delivery system.  Once a month benefits are loaded on to a SNAP participant’s Electronic Benefits Transfer (EBT) card, which resembles a credit or debit card, and works just like a debit card.   SNAP participants are able to use the EBT card at participating stores to purchase qualifying food items.  That’s it!  That’s how easy it is.  The SNAP EBT card has been in use in all 50 states since 2004 and was introduced to reduce fraud associated with the use of paper food stamp coupons.  These EBT cards have been successful in helping to reduce SNAP fraud to roughly 1%, one of the lowest frauds rates of any Federal program.

The current method used to administer SNAP has numerous benefits, and not just for

SNAP participants.  For those who participate in SNAP, the EBT card allows them the control to purchase the food that is appropriate for the make-up of their household.  For instance, if the household has a baby, baby food can be purchased, or if someone in the household has dietary restrictions or allergies, certain items can be avoided in favor of more appropriate ones.  Additionally, using the SNAP EBT card allows participants to shop for their food when and where it is most convenient for them.  For instance they can shop at night or on weekends to accommodate a work schedule or more frequently if they are only able to carry a few items on the bus.  Finally, the current manner in which SNAP functions does not just benefit SNAP participants.  The USDA reports that every $5 of SNAP benefit spent generates $9 in economic activity for the local economy.

From all angles the current SNAP program’s benefit delivery system looks like it functions quite well.  It is easy to administer, experiences very little fraud, and is flexible in meeting the needs of those it seeks to help.  So what would the restructuring do to improve this program?  Absolutely nothing.  As previously stated, the proposed restructure would withhold half of the benefit dollar amount for a SNAP recipient and replaced it with the America’s Harvest Box.  The remaining benefits would be loaded onto an EBT card for SNAP participants to use as they currently do.  The box of food would contain non-perishable foods, such as canned fruits and vegetables, peanut butter and jelly, pasta and cereals, and shelf stable milk.  Each SNAP household would get a food box valued at the amount of their withheld benefits.  The food items would be chosen by the government and will vary from month to month depending on what is available.

If you are like me, at this point you are scratching your head and asking why the government would blow up an efficiently functioning program and replace it with one that will be less beneficial to those who use it, possibly more expensive to administer, and a logistical nightmare for all.  According to the USDA the intent of this change is to “improve the nutritional value of the benefits provided and reduce the potential EBT fraud.”  In response to the second half of that statement, what fraud and how is this going to help?  Direct benefits on an EBT card,  which are currently virtually fraud proof (hence a 1% rate of fraud), are being converted into a box of food, which could easily be sold or traded, creating conditions where fraud can more readily happen.

As for the first half of the statement, the America’s Harvest Boxes do very little to ensure better access to nutritional food for those receiving SNAP benefits.  The boxes provide no fresh produce, while taking away half of the SNAP recipient’s direct benefits, which could have been used to purchase fresh fruits and vegetables.  In addition to limiting a SNAP household’s access to fresh produce, the America’s Harvest Box has potential to hamper SNAP recipients’ ability to purchase food items appropriate to the household and may even give recipients food which can not be used by members of the household.  In all likelihood,  the contents of the boxes would be uniform for all households and households would not have any idea what exactly will be inside until the box is opened.  Consequently, a family with a baby would get the same food as the family with older children or no children.  The diabetic or person with heart disease would get the same food as the SNAP recipient with no health issues.  And what about those with food allergies, like peanut butter?  Some households will get food they can’t use, while others won’t get items they need.  The result in either case will be SNAP recipients who will have a reduced ability to purchase fresh produce and food appropriate to their household.

In addition to having the purchasing power of their direct SNAP benefits diminished, these SNAP participants face the likely burden of having to pick up their food boxes.  With Blue Apron, the box of ingredients is delivered to the purchasers’ doorsteps.  I doubt America’s Harvest Boxes will be delivered to SNAP recipients’ doorsteps as the cost would be too prohibitive.  Consequently, food box recipients will need to travel to a distribution location at specific times to receive their food.  One might think picking up this box of food is no big deal, but what if the pick up time is during their work hours?  Or they don’t have reliable transportation?  Or they have a car, but lack enough money to buy gas for this extra trip?  Or they are unable to carry a large box of food on public transportation?  The currently mode of putting direct benefits on an EBT card presents 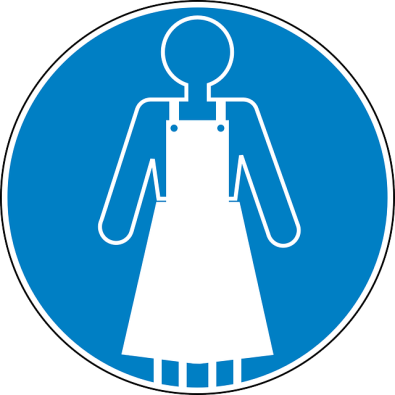 none of these added burdens for SNAP participants.

SNAP recipients, however, are not the only ones to experience the negatives of this restructuring of SNAP.  States, tasked with the job of assembling and distributing these food boxes, will also face hardships.  The proposed budget says that states will have “substantial flexibility in designing the food box delivery system through existing infrastructure, partnerships, or commercial/retail delivery services.”  But what does that mean?  The Center on Budget and Policy Priorities contends that neither the USDA nor the states currently have the operational capacity and infrastructure necessary to support the distribution of commodities to individual households.  If that is the case, new bureaucracy will need to be created with the possibility that the funds to create this delivery system will to come out of the already shrinking SNAP budget, further reducing the funding available to assist the food insecure.  Additionally, local economies will suffer when SNAP recipients’ ability to purchase their food locally drops by half.  Large retailers, like Walmart and Target, are already speaking out in opposition to this change.

Many of the critics of the America’s Harvest Box proposal agree that this restructuring of SNAP probably will not pass.  Even though this legislation may be going nowhere, I still feel that discussing it is important.  The details of the restructuring, at best, reveal a disconnect between what the Administration thinks will help SNAP participants and what they really need in terms of assistance.  More disturbing, however, some critics believe this proposal is just a smokescreen to cover for cuts and mandatory work requirements for SNAP participation.  There has been a movement by some legislators for the past several years to severely cut the budget for SNAP, and unable to pass legislation to make that cut all at once, they have been chipping away at the SNAP budget year after year.  The Supplemental Nutrition Assistance Program is one of the few remaining programs of our social safety net.  Every year SNAP prevents millions of Americans from slipping through the net into a level poverty from which they can not recover.  If SNAP is allowed to be restructured or in any other way to have its budget cut, I think the depths of poverty will extend down to levels we have not seen in this country for many decades.  Those of us concerned with the plight of people in poverty must remain vigilant.

*Next time, before the anyone from the Administration makes a comparison, perhaps he should do some research.  Blue Apron has never turned a profit and has actually been losing customers.  It’s stock has lost two-thirds of the value of it’s initial public offering of $10, causing speculation about whether the company will even exist in 5 years.