During my shift at the food pantry this week we packed food for a homeless man.  He was very young, not much more than a boy actually.  He came to us because he was desperate and hungry.  He had a job, although he hadn’t had it for long.  He didn’t have a car, so he walked over 3.5 miles each way to work, taking him over an hour.  We packed

him what we could, considering he didn’t have a refrigerator or any way to cook or warm his food.  What we gave him was a mish mash and not much of it was very healthy.  He said he would take anything we had to give, because he was really hungry.  We gave him SPAM, Vienna sausages, sardines, saltines, granola bars, tuna fish, peanut butter and a couple tiny jars of jelly.  We were also able to give him canned fruit, applesauce and beef stew and Chef Boyardee products (to be eaten cold).  All of these items had to have pop tops or foil tops because he doesn’t have a can opener.  Luckily we were able to give him some fresh grapefruit and apples.  We were also lucky that someone had donated a package of plastic forks, so we were able to give him something with which to eat.  He was fortunate to have a ride, which meant we were able to give him several bags of food.  If he had been walking we would have only been able to give him what he could carry.

Hopefully this young man’s life is beginning to turn around.  Hopefully he maintains his temp. job and it turns into a permanent position.  For him, this I hope, but here’s something I know.  I have packed food for other employees, permanent, full time employees who work for the same employer where this young man is currently temping.  So while I hope for a better future for this young man, I am not overly optimistic I will never see him at the food pantry again.  The plight of this you man and all the other people who are working full time jobs, yet still need SNAP, housing subsidies, Medicaid or food from a food pantry, clearly illustrates why the minimum wage needs to be raised to a living wage.  The current minimum wage of $7.25/hour barely keeps a single person without dependents, working 40 hours per week, above the poverty line.  Raising the minimum wage to the proposed $10.10/hour will only keep a 3 person household, say a single mom and 2 children, at the poverty line.  It is only when the minimum wage approaches $12-$15/hour that we see households begin to inch away from the poverty line.

Another common argument against raising the minimum wage to a living wage is that it will kill jobs.  Workers will be laid off and employers will be unable to hire employees, causing a stagnate job market.  Most economists used to believe that raising the minimum wage would have a negative effect on employment until the Card-Kruger study conducted in the early 1990s, which found a surprisingly positive effect.  Additionally, former Labor Secretary, Robert Reich, points out that raising the minimum wage puts money directly into the pockets of people who are going to spend that money, mostly in the local economy.  That infusion of money into the economy creates a greater demand for goods and services, resulting in job creation. 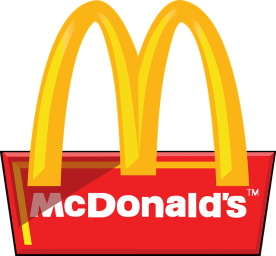 So, what happens when employers do not pay their employees a living wage?  Many of those employees are forced to turn to the government for assistance in the form of SNAP, Medicaid and housing and child care subsidies, forcing the U. S. taxpayer to make up the difference caused by their low wages.  According to an article by Clare O’Connor on Forbes.com, Walmart and McDonald’s cost U. S. taxpayers an estimated $6.2 billion and $1.2 billion, respectively, in public assistance because their workforce must turn to these social safety net programs in order to make ends meet.  At one point, McDonald’s even assisted it’s employees in signing up for public assistance programs, because they knew their low wages would not provide enough income for their workers to live on.  As a result of their employees receiving so much in public assistance benefits, Barry Ritholtz, in an article on the website Bloomberg View, labeled Walmart and McDonald’s as America’s largest and most undeserving welfare queens.

Many people in poverty are employed.  The homeless man I packed food for on Tuesday has a job.  Others are retail sales clerks, home health aides, janitorial staff and factory and warehouse workers.  They are performing often physically demanding jobs, doing tasks 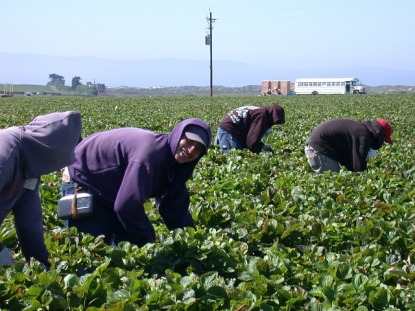 that make many of our lives easier, like picking our produce, caring for our children or elderly and ailing parents or cleaning our office buildings.  As Robert Reich so astutely stated when advocating for a living wage, “People who work full time are fulfilling their most basic social responsibility. As such, they should earn enough to live on.”  Raising the minimum wage to a living wage will not only restore dignity to America’s working poor, but it will stimulate the economy and assist in moving more Americans off of assistance and out of poverty.

Note:  A local paper reported this week that Walmart will be giving raises to all associates hired before January 1, 2016.  The average salary for full time associates after the raise will be $13.31.  The pay increase is part of a two year commitment, on the part of Walmart, toward higher pay, more effective training, clearer career paths and increased educational opportunities for workers.  This commitment is projected to cost Walmart $2.7 billion.