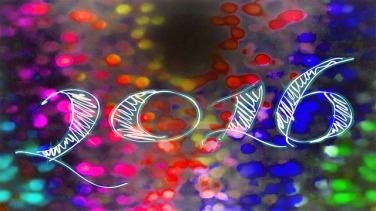 Happy New Year and welcome to day 190 without a state budget here in Pennsylvania.  If you are keeping track, and I am, that is just over half of the 2015-16 fiscal year without a budget and almost that long without any funds being released at all.  Governor Wolfe’s refusal to approve of any stop gap funding in lieu of a passed budget came to an end just before 2015 did.  On December 29 the Governor announced he would line item veto the state budget sent to him by the legislature.  This action allows for $23.4 billion in emergency funds to be released.  These funds will flow to school districts, human service agencies and county governments.  Of that $23.4 billion, $18.4 million will go to the State Food Purchase Program.  Through this program cash grants are awarded to lead agencies in each county, allowing them to buy items in bulk, which are then distributed to smaller emergency food providers–food pantries and cupboards–within the county.

These funds are desperately needed by both the lead agencies and the smaller emergency food providers.  Right before Christmas I talked with a friend who had toured the Chester County Food Bank, our local lead agency, the week before our meeting.  She said they showed her group a large warehouse room with literally tons of food waiting to be distributed to the small providers once the funds were released.  The warehouse was running out of space and staff wasn’t sure how they were going to get the excess food out to the pantries and cupboards.  Only so much food can fit on the truck.  Additionally, the pantries and cupboards only have so much storage room, and can therefore only handle so much food being delivered at one time.

Now that some of these funds have been released, the delivery logistics for this food will have to be addressed quickly, because the need at the smaller pantries and cupboards is great.  Yesterday I returned to

volunteering at the local food pantry after having taken last week off.  I was shocked at how empty the shelves were.  We were down to just three types canned vegetables from our usual five or more. We had only one type of cold cereal or oatmeal instead of several selections of cereal, oatmeal, and pancake mix from which clients can choose.  We had no spaghetti or dried beans and were almost out of rice, both white and brown.

Luckily the crisis caused by the lack of funding occurred just after the holidays, a time of increased food donations to food pantries and cupboards.   A staff member and I were able to unpack 10-12 boxes of donated food to augment the food items still on our shelves.  Although very helpful, relying heavily on donations to provide food often leaves recipients at the whim of what people choose to donate.  As a result of the holidays, we unpacked several cans of cranberry sauce and black olives, both tasty as an accent to your holiday meal, but neither something you want to eat a whole can of by itself!  We also found numerous cans of soup

in these boxes, and while soup may seem like, and is, a good thing to donate to a food drive, canned soup contains an outrageous amount of sodium.  Giving a client several extra cans of soup to make up for lacking items which could be used in meals clients prepare, like dried beans,  means they are most certainly eating a more unhealthy diet this month.

I asked when we could hope to see some relief, in the form of food shipments, that these released funds promise.  I was told we will get at least one food shipment in the next week, but how big it is, is anybody’s guess.  Only so much food will fit on the truck and it delivers to multiple food pantries and cupboards each trip.  I am hopeful that when I arrive to volunteer next Tuesday I will see evidence of the funds Governor Wolfe released in the form of fuller shelves.  In the meantime, I hope our elected officials take seriously the job they have been elected to do, for which they are still being paid, budget or not, and work in earnest to reach a compromise leading to the passage of a state budget.